The Stray Dogs in Europe

As Animal friends we stand united - although we mention some countries - we must remember that there are good people in every country and that many reputable NGOs are working tenaciously to help the animals and try to influence politicians to better animal welfare and protection. But we also believe that these countries need help to improve this, and it can only succeed if the companion animals are subject to the EU Treaties, then the management and statistics on companion and stray animals becomes public through the EU, which helps the animals. 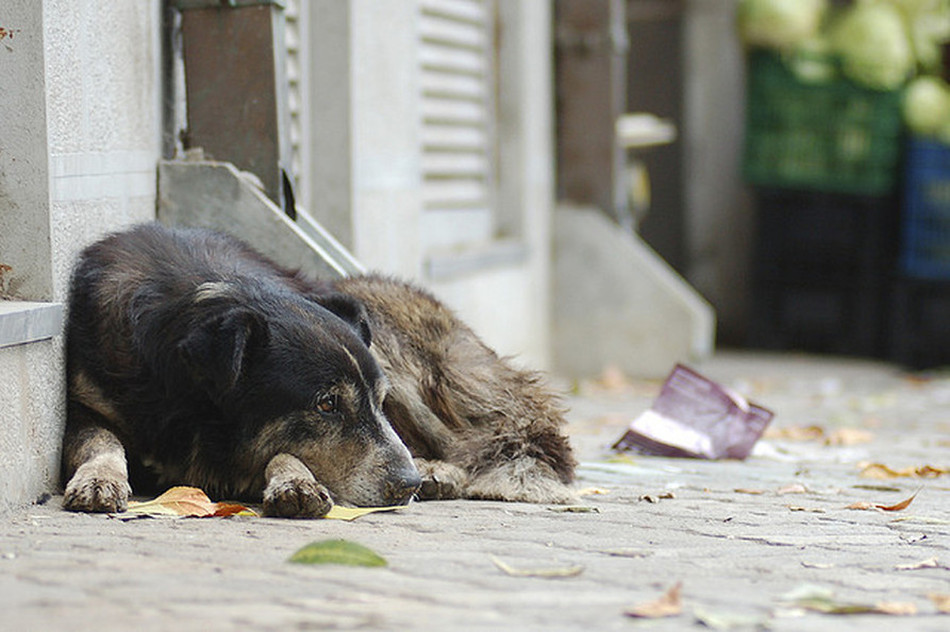 The domestic dog has a predisposition to exhibit a social intelligence that is uncommon in the animal world - the neglected and homeless dogs suffer, both physically and mentally. 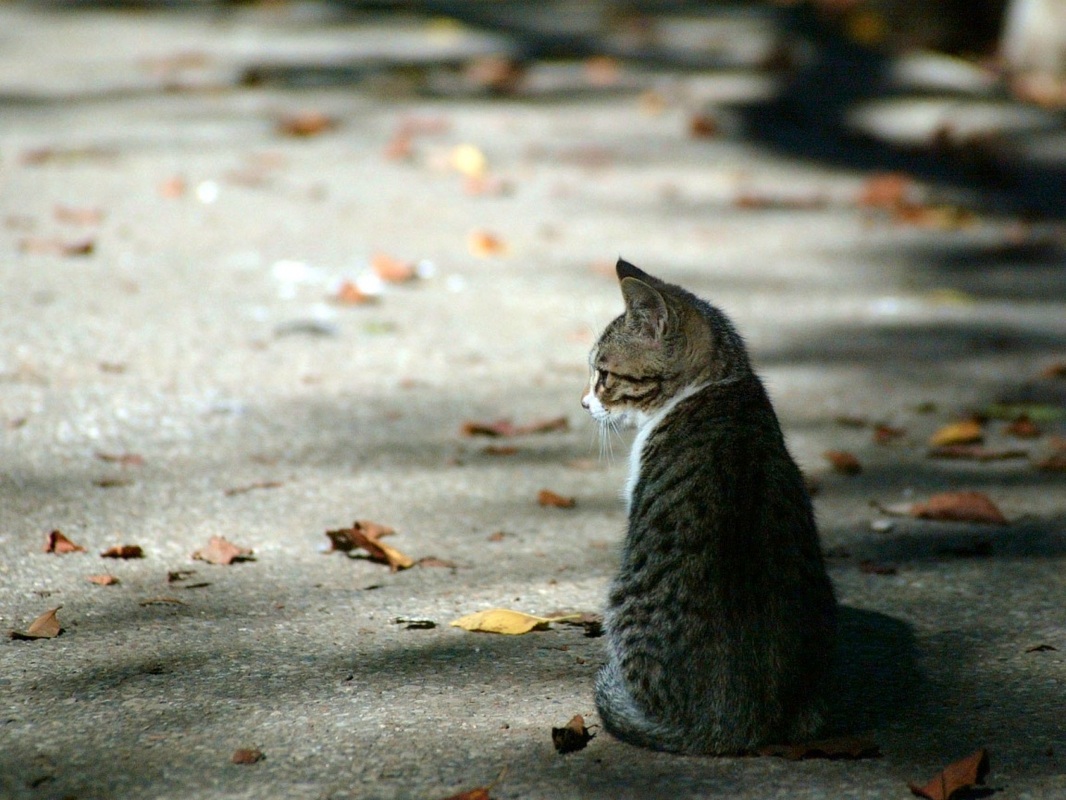 Domestic cats have very difficult to survive without the help of humans - diseases, accidents, starvation and cold winters, awaiting the abandoned cat and the offsprings. 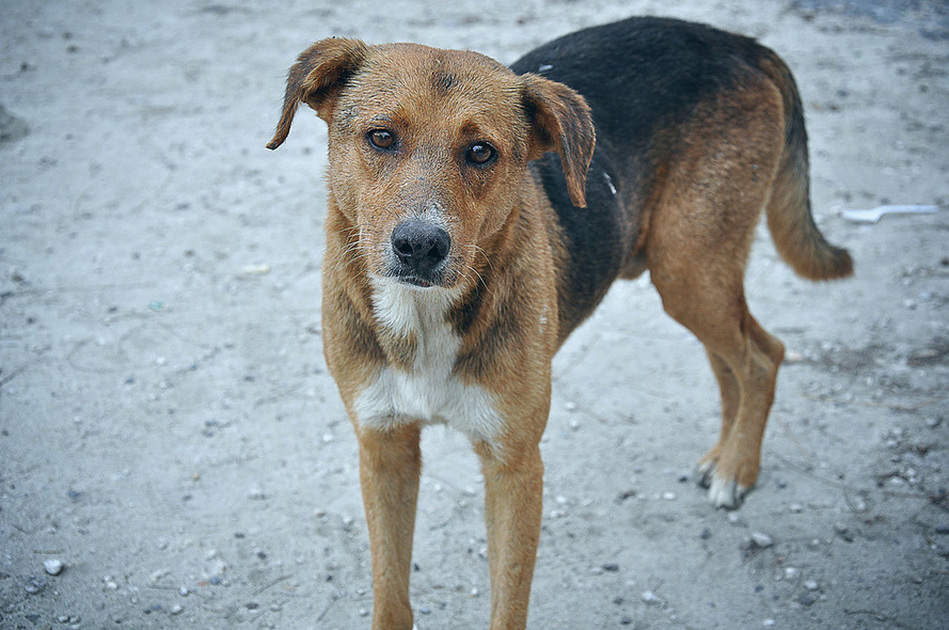 The sadness that can be seen in the eyes of a homeless dog .... haunts all animal friends. Governments and authorities need to understand that all companion animals is still a domesticated animal, even if they have no owner - a dog or a cat does not change their needs just because man have put them in a helpless state. 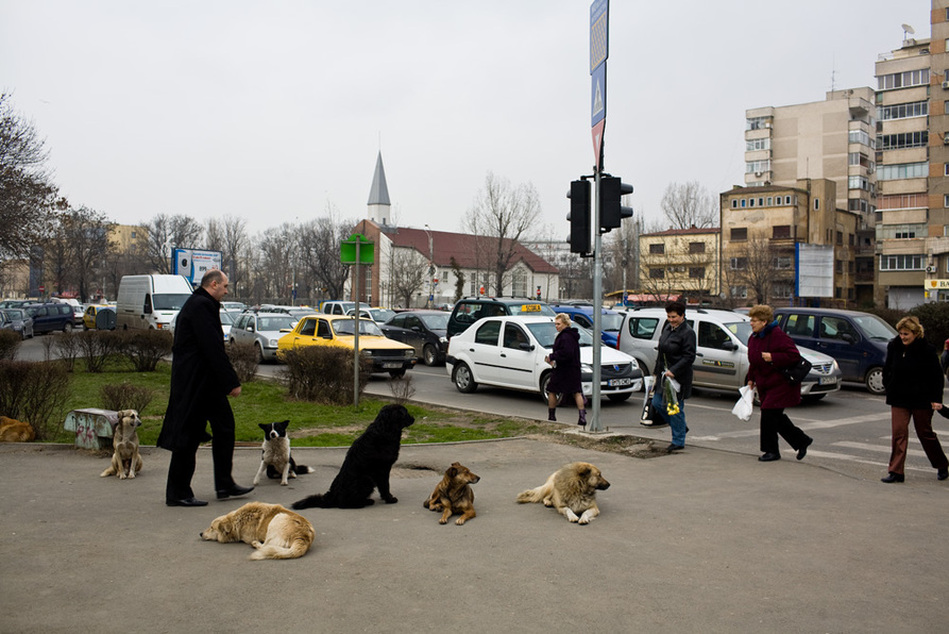 Video about the situation in Romania until September 24, 2013 - in Sept 25, decided Romania's Constitutional Court, to kill all homeless dogs in Romania. 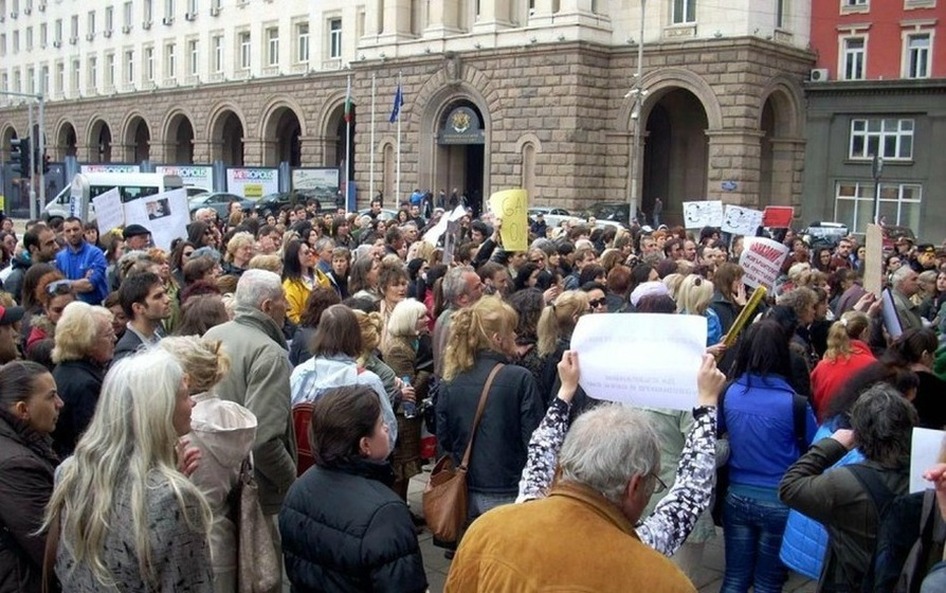 In EU Member States with high numbers of abandoned and homeless dogs and cats, it becomes conflicts between the residents and the stray animals and also between people and governments - this often leads to hate campaigns to the animals. 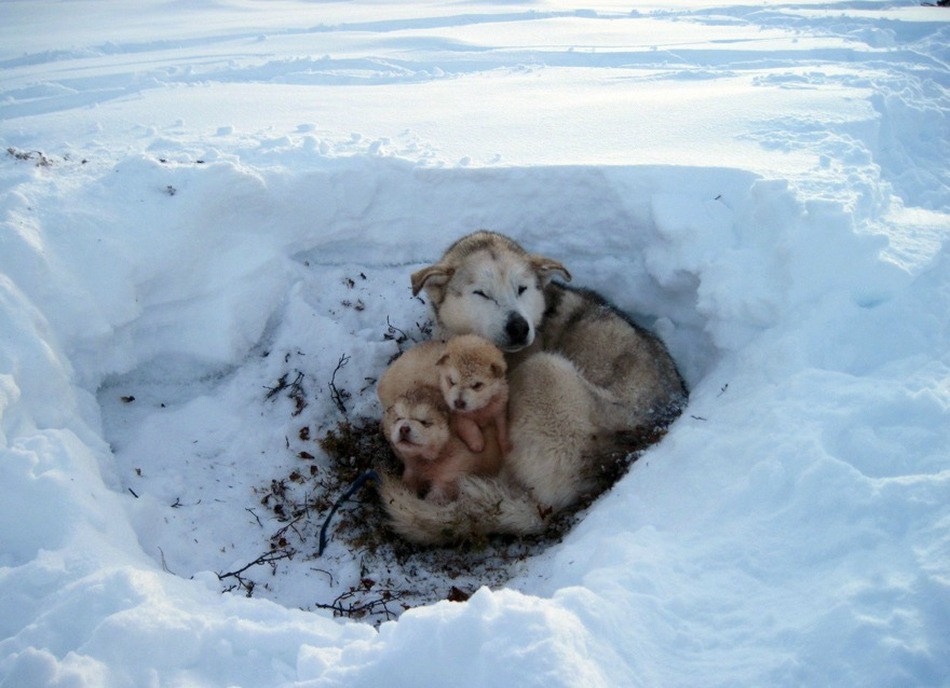 For us, a snapshot - for them, a lifetime of suffering. 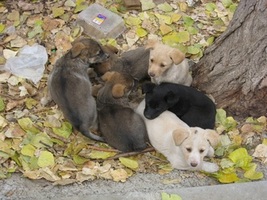 It is common to dump unwanted companion animals by the roadside or in garbage container, in the hope that someone will have mercy and pick them up.

Unfortunately, there are very few who are saved - the rest will face a cruel fate. Road accidents happen all the time.

Animals are injured by accident or on purpose - very few people stop to help or check if the animal is still alive.

Many animals become paralyzed and can not move - they die a prolonged and painful death on the roadside, by starvation and dehydration or by the injury - some manage to drag themselves back to civilization.
The puppies in the video are no longer up for adoption. 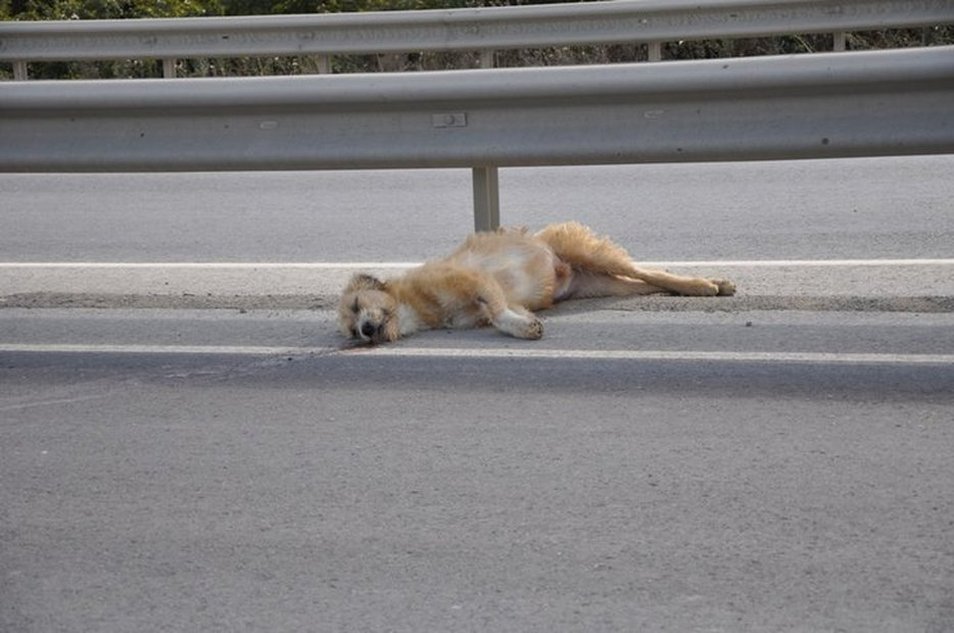 This video shows how a dog is caught in Romania - the method is the same across Europe and usually much more brutal - account of the dogs well-being is rare. 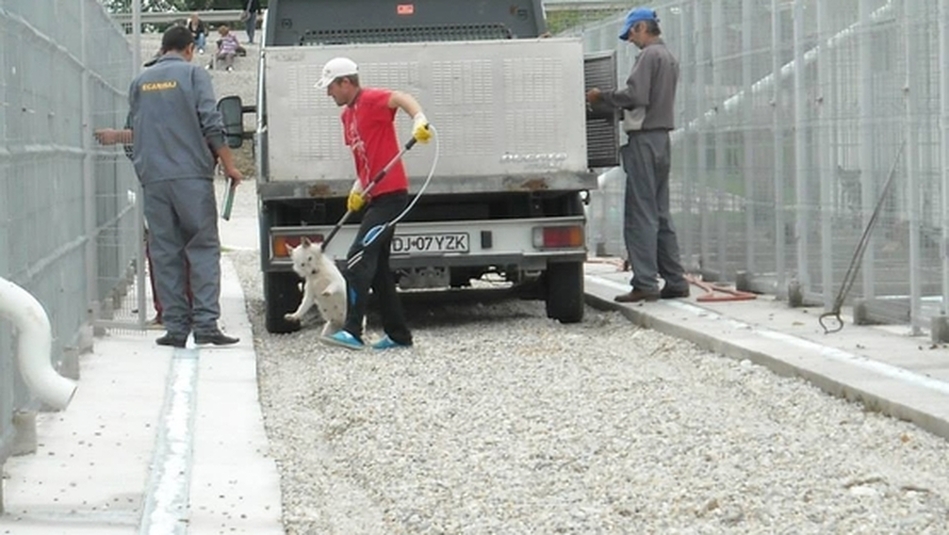 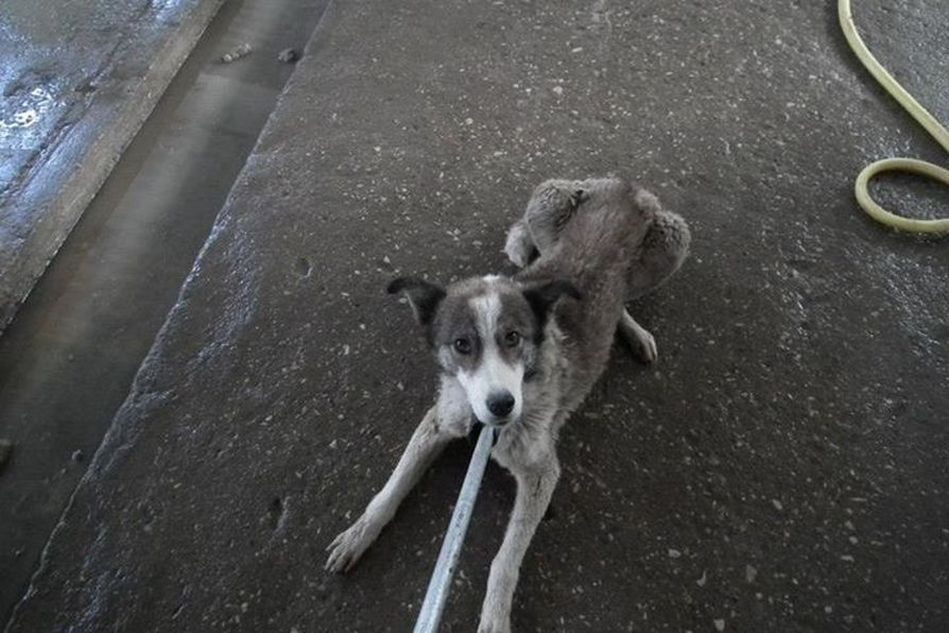 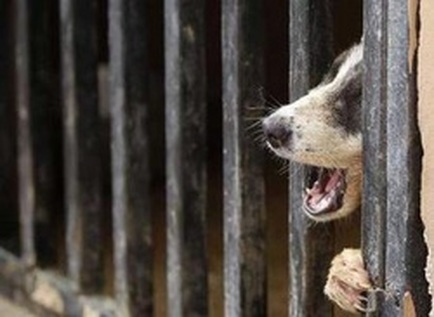 There are thousands of enclosures around Europe and the Member States - millions of dogs and cats suffer everyday in those prisons.

Here the caught and unwanted dogs live their lives - trapped and locked up and usually without veterinary care and on the verge of starvation - or are deliberately starved to death, by the persons who run the enclosure, to save money and increase profits.

The days are monotonous and the view being adopted is beyond time, almost none of the dogs caught by local governments become neutered and returned to freedom - some are locked up in a few weeks, only to be destroyed, while others are locked up forever in those substandard facilities, waiting for death. 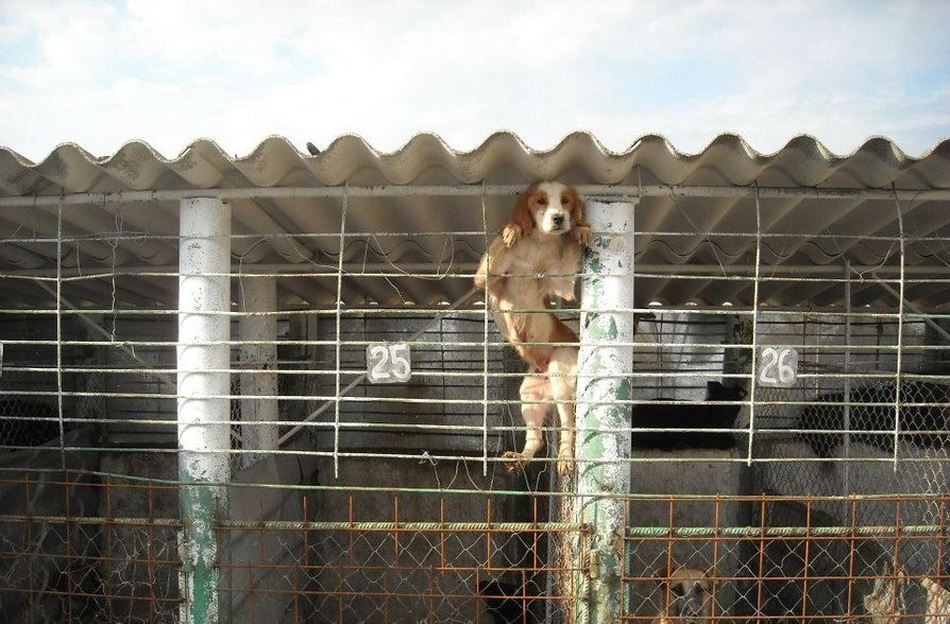 The hidden cruelty - puppies and small and large dogs mixed together, with different temperaments and gender - most are un-neutered. The puppies, small, old and sick ones are the first victims of bullying, fights and competition for the food - they will die first. 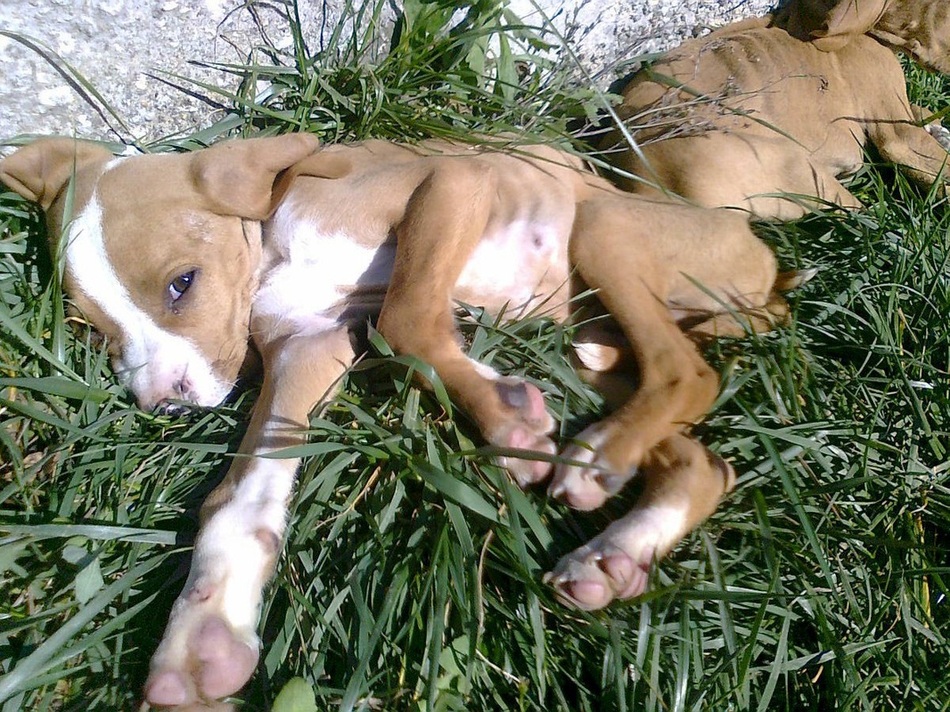 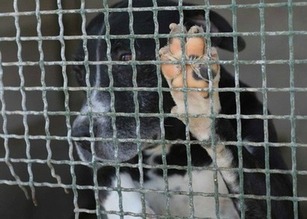 It happens all too often that the dogs get food and water only two - three times a week - or never, which starts cannibalism.

It is most common that citizens do not have access to local government enclosures in most Member States with abandoned animals.

Sometimes citizens can visit the enclosures on certain days and times, but only in specific selected parts of the facility. In some Member States, an application must be made, which can take weeks to get approved.

But in many local government enclosures, it is totally forbidden to visit the facility - to actually see how the animals really live and are  treated. 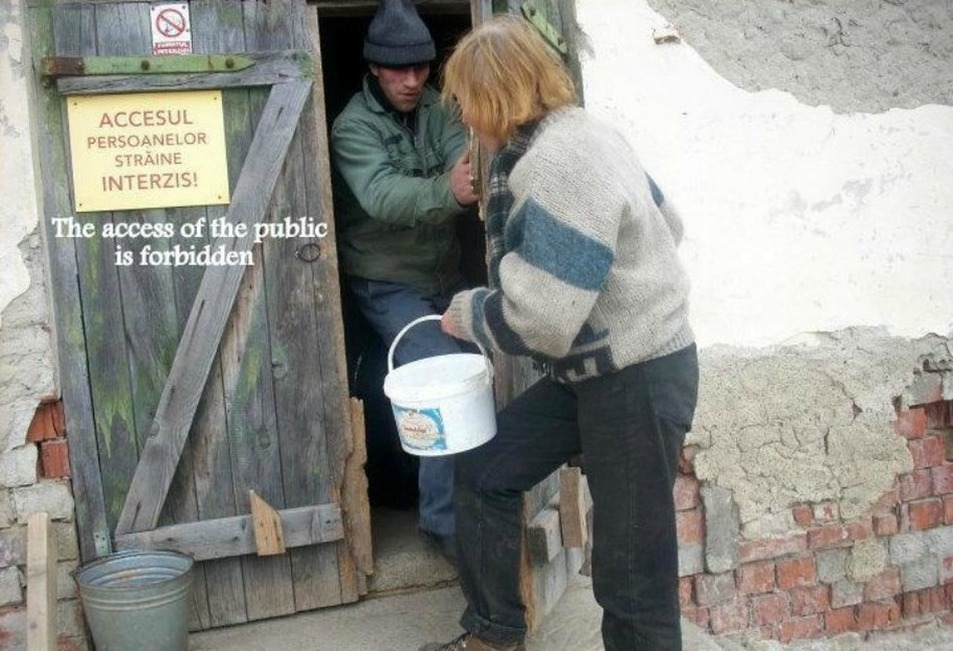 Most pictures and videos is filmed with hidden equipment to show the world what's happening behind closed doors.

A municipal enclosure somewhere in the EU - this one represent many other enclosures in Member States where animals suffer immensely. The dogs are forced to live in dirty cages with urine and feces - and will, if they are lucky, been fed three times a week. The buildings are often uninsulated and in winter many dogs die of hypothermia or dehydration, then the water in the bowls freezes to ice. 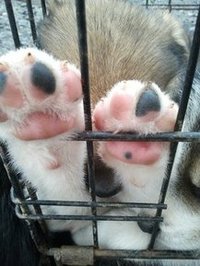 The dogs that become caught can have nice owners or are abandoned - no controls is made - it is impossible because only some of the dogs have ID-tags, it is dogs who previously been caught and neutered (spayed), mostly by voluntary organizations.

All other dogs, owned and abandoned do not have any identification, such as tattoos or microchips. There are also no register of owners - the dogs in those Member States, have the same bad status as cats unfortunately has throughout Europe.

In some local government enclosures around the Member States, are the cats and dogs killed about 7 days after they arrived at the local shelter, in other places they can be trapped for years or a lifetime - almost no animals are adopted. 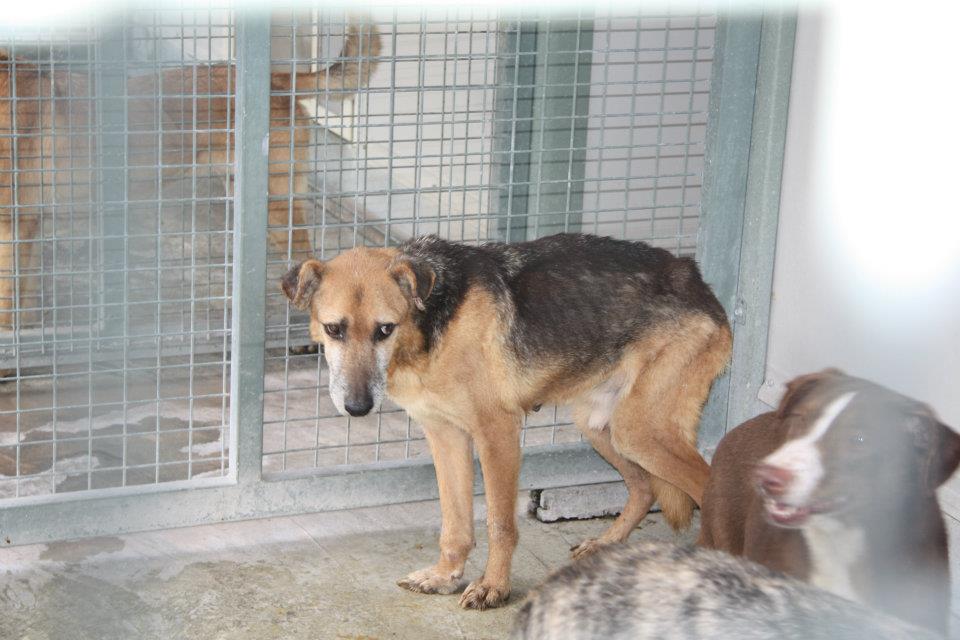 It is not just a terror to live on the streets - but the dogs are also treated rudely with kicks and punches in the enclosures by the staff and the dogs are terrified and sad. They are not seen as a beloved companion animal, but as pests. The dogs bully each other, fighting and killing, as no account is taken of their size, age or gender. This is just a repository before they are killed, the dogs are forced to live in this way for weeks or years. 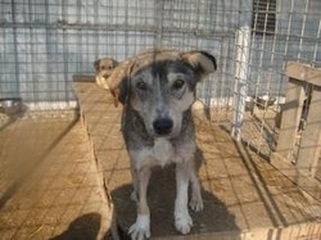 Dogs that are already neutered (spayed) and ID-tagged both by local governments (rarely) or non-government organizations (NGO) and who have been returned to the street - can become caught again by the local government.

The purpose to caught the already neutered dogs, is to remove them from the streets when they become too numerous and residents begin to complain or tourist season is approaching. it may also be that the municipal enclosure are empty and those who run the enclosures want to get more money which is often taken from the municipal budget - the management of stray dogs and cats has become a profit business across Europe.

The few times when the local authorities neuter stray dogs, shift quality heavily in the neutering work - many of the local government veterinarians do not have enough experience. It happens most of the time, that the dogs returnes too soon to the streets after surgery and die from infections, unhealed surgical wound even with intestines hanging outside the body. 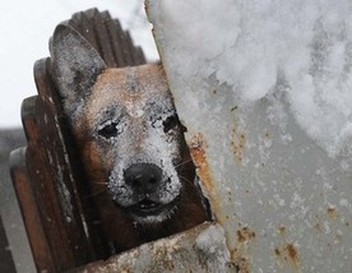 Most facilities for the purpose of storage companion animals - both municipal and NGO enclosures - is unheated and has no ventilation - in summer, the sun burns the tin roof and in the winter the dogs are forced to sleep on frozen urine and feces - many dogs die of heat stroke or freezing temperatures.

99% will die in the municipal enclosures by diseases, starvation, dehydration, elements or fight injuries - or heartlessly be put to sleep without anesthesia - it is not uncommon that hundreds of dogs are killed by a single veterinarian during the night - those who survive, awaiting a life in boredom without human affection or contact - this is simply warehousing, to keep the dogs and cats away from residents and tourists. 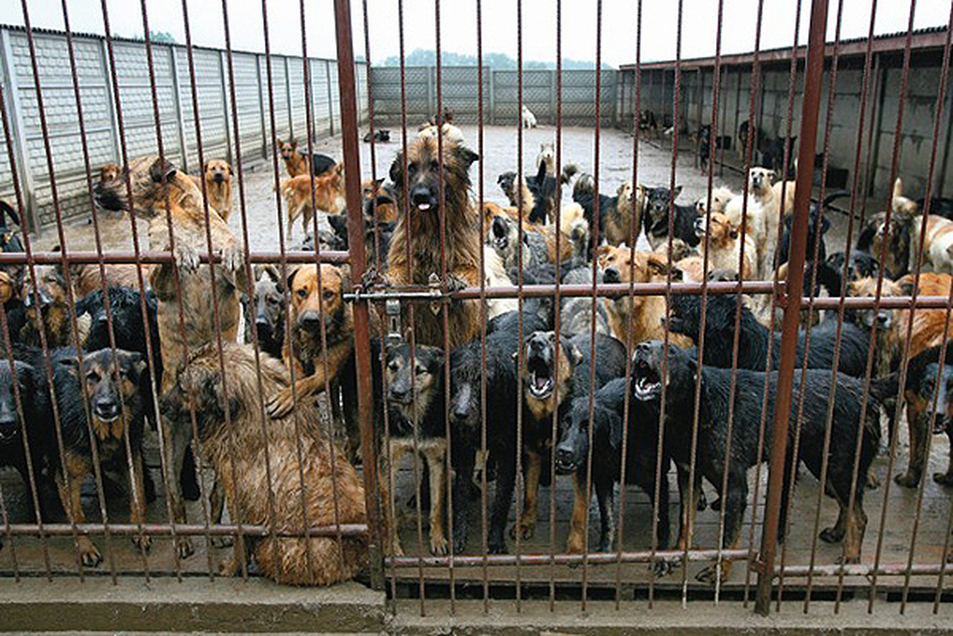 In some local storages for abandoned dogs, there is not even protection from the weather, but the dogs are living right on the ground in open fenced areas - in hot summers and cold winters. 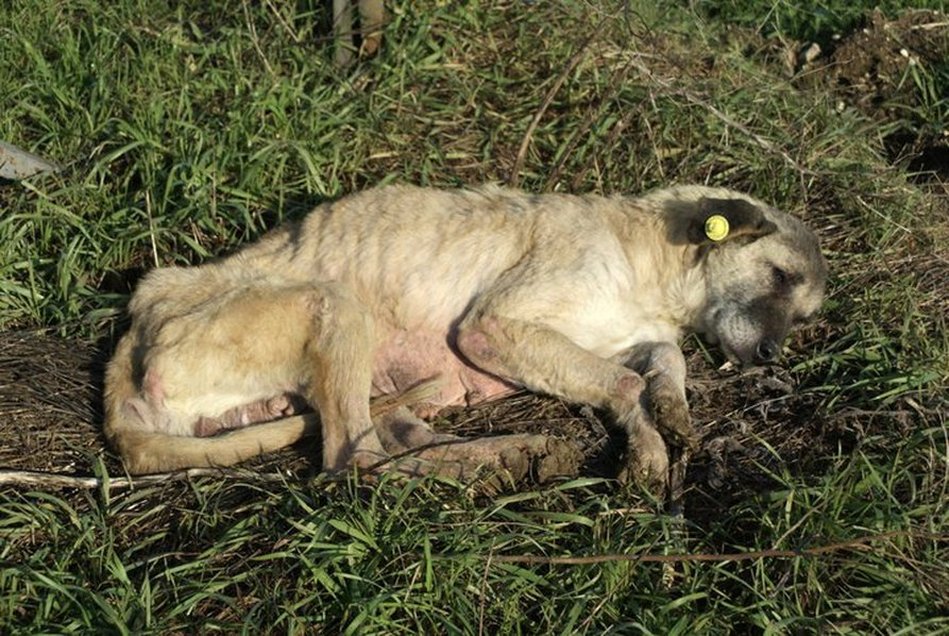 It also happens that municipal responsible, dumps dogs in remote areas just to get rid of them, with the hope that they will starve to death and never come back. 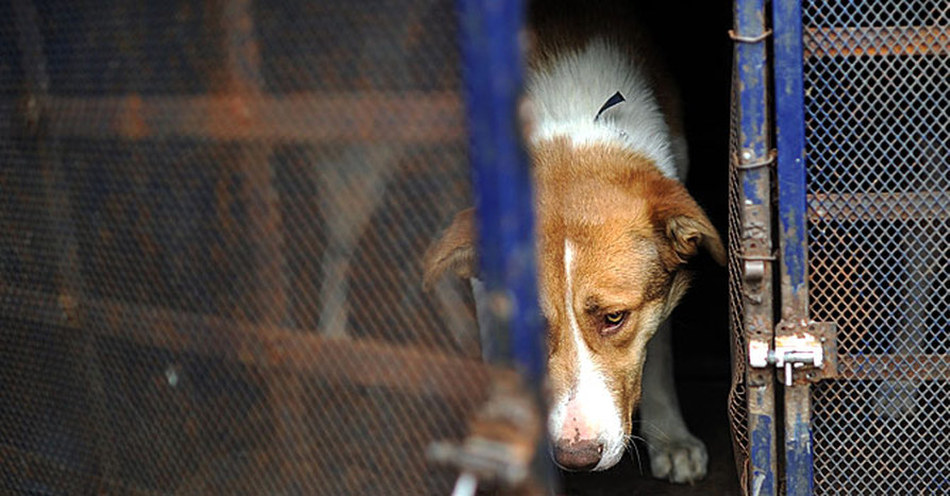 Since local government enclosures receive municipal and state grants - on capturing and storing animals - the management of stray dogs - has become a business in many of the Member States. 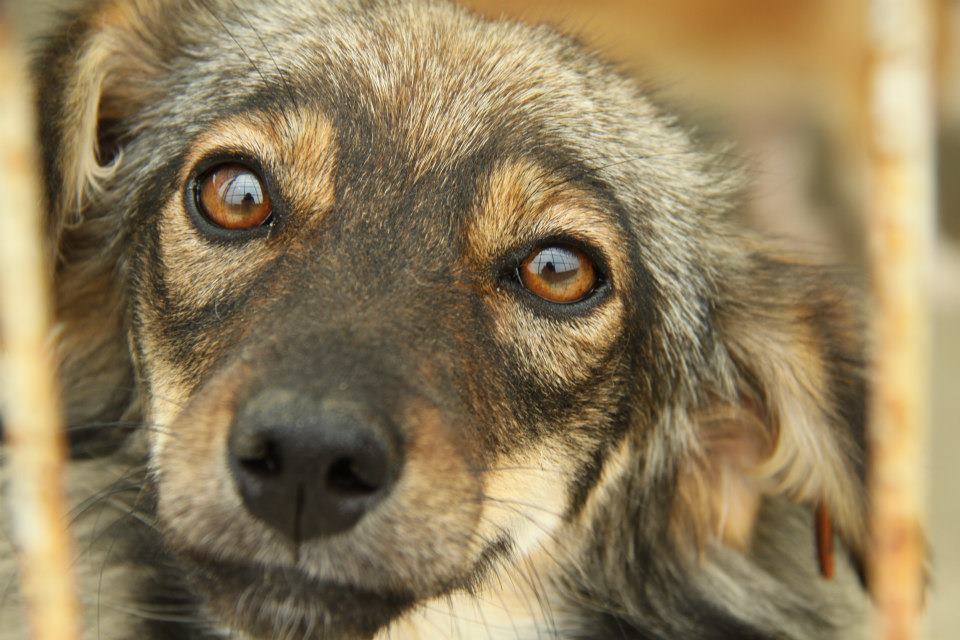 Voluntary organizations are working desperately in most Member States to help the poor animals. But it's a losing battle, because un-neutered animals are allowed to run free in the neighborhood and multiply and they also constantly become abandoned - that in turn gives more unwanted animals - a vicious circle. 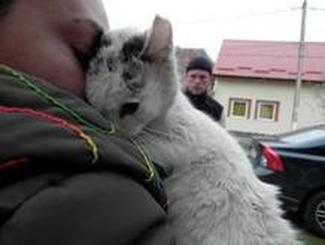 The modern dog and cat are bred to act domesticated, with the result that, especially the dog, has lost much of the survival strategy.

Abandoned and homeless dogs and cats are drawn to humans and begging for food and closeness - most abandoned animals are found in cities searching for food among garbage or scraps. 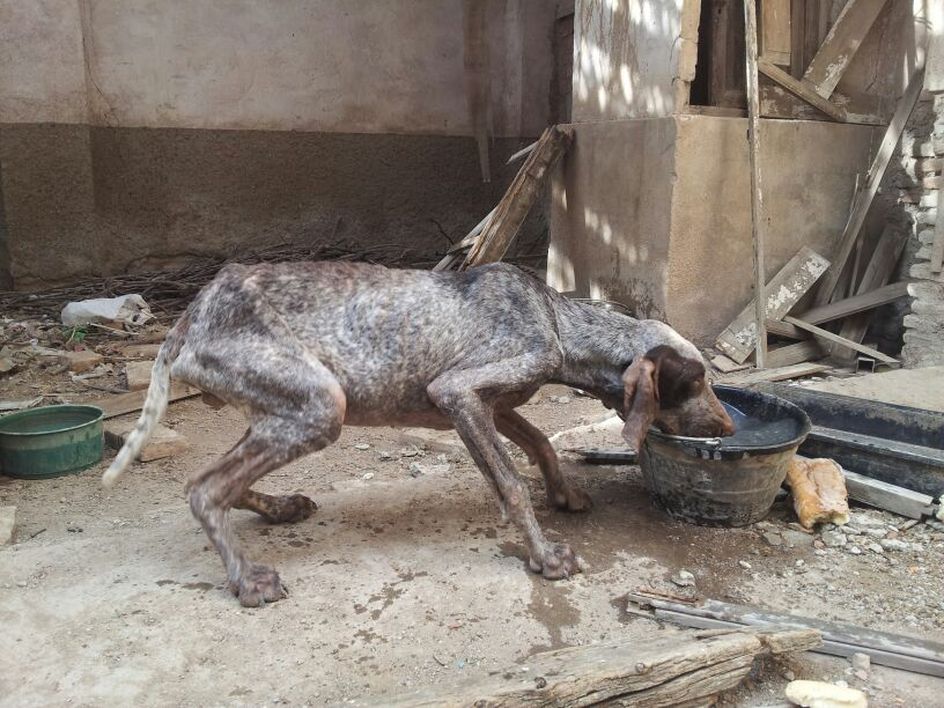 It takes six generations for a dog to be as wild as a wolf and be able to hunt and behave naturally wild. If the average age for a companion dog is 8 year, it would take 48 years before the abandoned and homeless dog's future generations would survive without humans. The average life of a stray dog ​​is about 2 years. 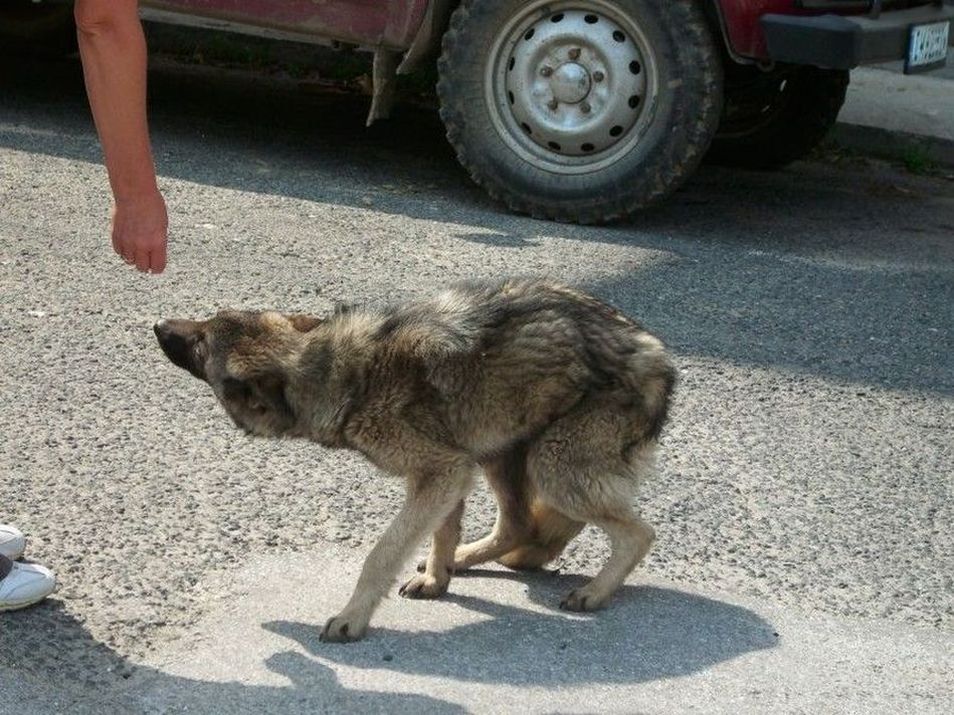 The reason why there are still immense number of abandoned, homeless and neglected animals in many European countries - mostly in the eastern and southern parts of Europe and the EU - stem from old traditions, bad habits, lack of knowledge and guidance, but also because of that governments, authorities and people simply do not care to take responsibility.

It also appears that a genuine political will is lacking in Member States with stray animals, to seriously help the animals by introducing laws that can prevent animals reproduce uncontrollably - laws shall be directed to the owners and citizens and not to the animals. 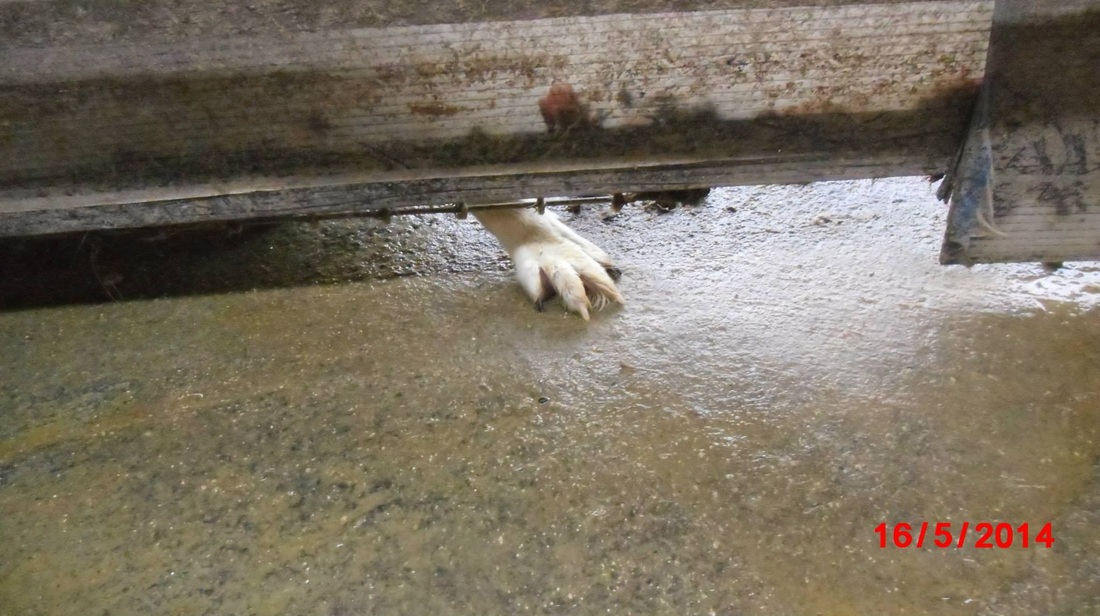