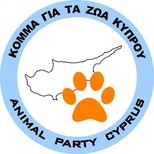 Animal cruelty is an unfortunate and all-too-common feature of Cypriot society that must come to an end. Several non-government organisations, groups and individuals have been tackling animal welfare issues at ground level from various perspectives to-date; however there’s an immediate urgency to bring much-needed influence to this agenda from a government policy dimension.

That’s where we come in.

The German animal welfare party is committed to a rigorous environmental and animal protection, not least because consistent environmental and animal welfare is also the best protection people. Animal welfare party is extraordinarily important, because none of the established parties has so far shown the courage and insight to clarify all of today's problems in their causal contexts. Recognizing this, identify and tackle properly, is one of their most urgent tasks!

They are  on the side of those who can not help their own efforts - are they people or animals! Because of  increasing the social dislocation in Germany and around the world, they  focus their attention today also increasingly on the needs of people living in poverty , to alleviate both the world food crisis and the effects of child and pensioner poverty. They are now the first and only party in Germany equally consistently committed to people,  animals and the environment.

Their  members come from the animal welfare and animal rights movement, from the environmental and nature protection or for the peace movement and other non-violent citizens' initiatives. They are convinced that changes for humans, animals and the environment can be reached only through the political process and democratic way . The party was  founded in 1993 and currently has about 1,050 members.  They have now 9 candidate MEP's for the Election 2014  and have presented their European Elections programme. 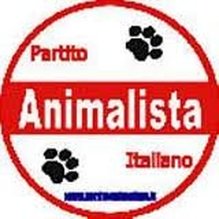 The Italian Animal Party was born to defend the Animal Right and to work in the Institutions and Parlaments to build a new society that can respect the Animalism. According to their programme the protection of wild fauna and pets are very present ethical and ecological values and considered more and more important by citizens of all ages and social conditions. Together with local authorities the State should commit in founding local organizations helping to create a solid  relationship with animals. Enforcing also their statutes with a commitment to the respect for animals. They also commit themselves to protection and prevention of stray animals.  The regions, provinces and local authorities should guarantee that the national law 281/91 is kept, by working together with animal rights organizations in order to change the current regional law 86/99. 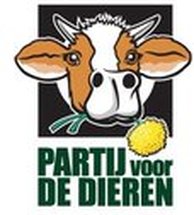 Partij Voor De Tieren is a Dutch political party whose highest priority is animal welfare and the respectful treatment of animals. In the Netherlands, they are represented in the House of Representatives, the Senate, the Provincial States, in six city councils and in six Dutch ‘water councils’. That is unique: never before has a political party devoted to animal welfare been elected to a national parliament anywhere else in the world.
The Partij Voor De Tieren is the fastest growing political party in the Netherlands. They act as a ‘pacemaker’ in the parliament; they encourage the other political parties to move faster when it comes to animal welfare.  Ever since the establishment of the party, there has been a great deal of interest in the party abroad.

That is why they have created the international website, which provides a lot of useful information.  The Party for the Animals believes that animals should be given the rights that they deserve. Animal interests should no longer continually be subordinated to economic interests. Not just in the Netherlands, but also beyond. They would therefore like to join forces with kindred spirits in other countries. The more animal welfare parties that are set up across the globe, the better! The Party for the Animal’s manifesto  outlines their  vision with respect to animals, nature, the environment and how to treat our living environment. This vision provides the basis for the Party for the Animal’s standpoints and can be adopted by other animal welfare parties as well. 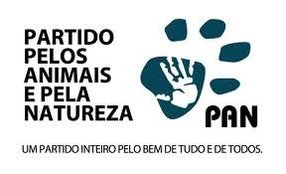 PAN (Partido pelos Animais e pela Natureza), meaning Party for Animals and Nature, was established in 2011, and has one seat in the parliament of Madeira. According to its manifesto, the party supports all initiatives aimed at improving the ability of humans to harmonize with nature and other species. PAN particularly supports and promotes actions to increase awareness and sensitivity that all sentient beings deserve the right not to suffer but to live their lives free from pain. The party is against animal testing, circus entertainment, bullfighting and fishing, and declares that any any religious or cultural tradition that affects the welfare of animals should be reviewed.

The Spanish animal welfare party PACMA was established in 2003. It is  the only political party that defends the rights of all animals in Spain. All who work in  PACMA do it voluntarily. Despite PACMA's short history, PACMA has reached various achievements in advancing the respect for animals.

PACMA's work and perseverance have helped that through a series of meetings with representatives of the Spanish Public Television (RTVE), they were able to prevent the issuance of bullfights back to RTVE, as was the intention of the party currently governing Spain, the conservative Popular Party.

Moreover, their campaigns against the so-called Toro de la Vega , held annually in the town of Tordesillas,  they have achieved an annual more media coverage . To perform its work PACMA use every means at their disposal; complaints to the judicial or administrative institutions, participation in the media or on social networks, presence on the street by organizing demonstrations and acts of awareness and, participation in election. Initially the acronym PACMA responded to words Antitaurino PARTY AGAINST ANIMAL ABUSE. Although of  its origin, the PACMA defends all animals. However,  the definition of "bullfighting" was chosen to emphasize the cases of animal abuse that are especially cruel and unfortunately one of the shames of Spain. PACMA also advocates the abolition of hunting, closing the fur farms, banning animal circuses and the achievement of zero slaughter of stray dogs.

Sweden has just started the Animals Party and is now working on a party platform and candidates for the EU and international election. The party wants to enter the EU and work so that the treaties shall include companion animals and abandoned dogs and cats in Europe. They  also call on other countries in Europe (EU) to form Animal Parties to strengthen the animals' political agenda and expand international collaborations

For humans, animals and the environment - We require a animal friendly design of the Animal Welfare Act and the Animal Protection Ordinance, the closure of gaps, and the purposeful execution or the exhaustion of the applicable penalties for animal cruelty. Animal Party is committed to the abolition of animal testing, for a ban on the import of products whose production methods in Switzerland are prohibited as well as for active measures against the abuse of animals as a commodity.

We support the promotion of personal responsibility and role models of people in terms of sustainability and respect for all life.
Animal Party is committed to the maintenance and expansion of attractive, healthy and safe habitats for humans and animals. The TPS is behind a conscious, ethically reasonable and responsible use of our environment.

The Turkish Animal Party - Hayvan Partisi - was set up by a group of Turkish animal rights activists and their aim is to have animal rights included in the constitution. The party wants to remind those who view the world solely in terms of humans that we live together with animals and that they also have rights.

The Hayvan Partisi is not aiming to be represented in parliament, but rather to be an encouraging agent so other political parties give priority to animal welfare issues. The group is, among others, against hunting, pet shops and the use of furs

The aim of the Animal Welfare Party in the UK  is to return a dedicated representative for the animals to the EU's Parliament for the first time ever! At the same time our counterparts in the animal protection parties of the Netherlands, Germany, Spain and Portugal are all striving for the same. Around the world, a sea change is occurring in man’s relationship with animals and the environment and we are proud to be part of this movement in Europe.

Winning political representation for animals in the EU Parliament would be a major step in the battle against speciesism and for us, this is a moment in history as significant as any in the history of human rights or women’s rights.

The Animal Welfare Party has thoroughly researched and discussed the political implications of contesting elections at different levels in different areas. AWP regularly meets with animal protection experts, academics, philosophers, political advisors and leaders from other political parties. People may ask that is there a need for a party that focuses on animal issues? AWP answers that sadly, there is. Although many animal issues are highly politicised in the UK, with advocates for animals and opponents across the political spectrum, the issues rarely rise to the the top of the political agenda. Hundreds of thousands of supporters of animal protection organisations are disappointed with the actions and achievements of mainstream political parties. These people feel their concerns about animals are not being heard. Through direct dialogue, and by contesting seats in the same constituency, a party for animals can encourage or pressure political parties to incorporate more animal-friendly policies within their own manifestos. Losing votes to Animals Count / AWP helps other parties to understand they need to more adequately represent animal interests. People may also question that is the Animal Welfare Party a single issue party? They  also support socially and environmentally progressive policies in non-animal areas. The important links between animals, people and the environment are central to our political ideology. In addition to basing manifestos on improved animal protection, AWP includes policies on a wide range of other issues, such as health, education, housing, transport, energy, justice, immigration and foreign policy. But we never lose sight of the fact that animals need a voice in politics and protection from policies that adversely affect them and we must be that voice