The EU and Animal Welfare

The animal welfare in the EU has today, no own department, but are divided between two and runs by the Ministry of Agriculture and Rural Development and the Ministry of Health and Consumers.

The European Commission is divided into several departments and services. The departments are known as Directorates-General (DGs). Each DG is classified according to the policy it deals with. The animal welfare issues have no own department in the EU. The animal welfare issues are divided between two: Agriculture and Rural Development (AGRI) and Health and Consumers. The welfare of companion animals does not exist in the EU today - the dogs and cats are excluded from the Treaties. The legislation is in each Member State and the welfare laws for companion animals differs greatly between the EU states and many of the countries are failing to follow its own laws.
Article 13 of the Treaty on the Functioning of the European Union requires paying full regard to the welfare requirements of animals when formulating and implementing some EU policies; however, it does not give a legal base nor require addressing all animal welfare issues including companion animal welfare and stray dog management. The welfare of stray animals is therefore not governed by EU rules and remains under the sole responsibility of the Member States. The existing legislation concerning companion animals belong to policy areas of Agriculture and Rural Development and Environment, Public Health and Food Safety.

Animal welfare in the EU has no own department - but is positioned and held responsible between  department of - Agriculture Ministry and Health & Consumers Ministry - and thus demonstrates the lack of real concern for the welfare of animals in the EU. 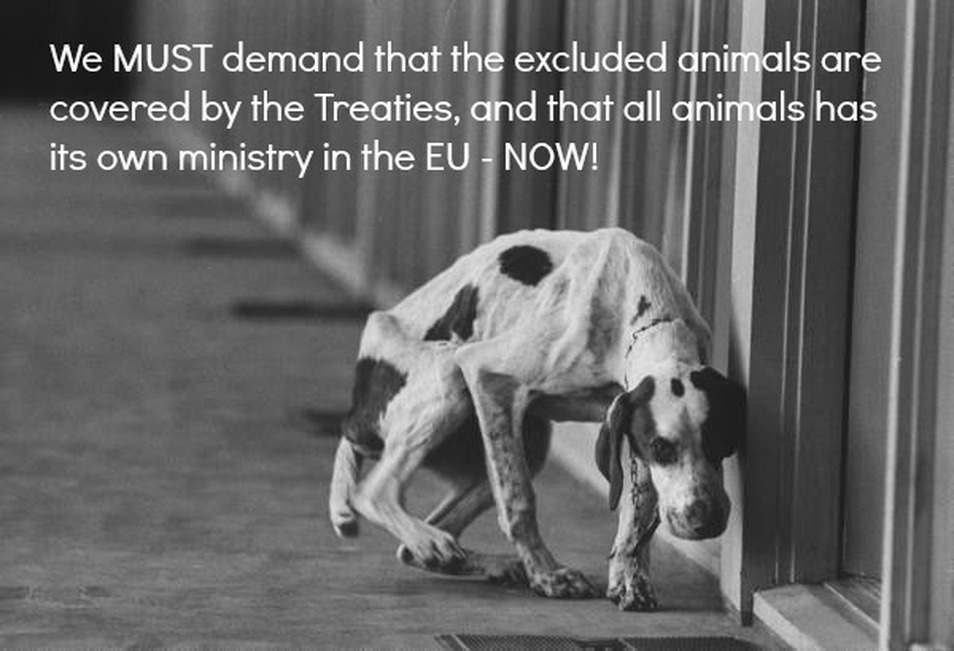 We want to give the animals their own Ministry in the EU - The Animal Welfare DG!
Regarding "the management of stray dogs"

The citizen of EU must immediately demand that the EU begins to create an action plan to implement a strict program of measures for all Member States and candidate countries to follow for a humane, sustainable and long term solution to phase out the cruel conditions and the state of helplessness, where the companion animals today are forced to live in. From the time the action plan is presented, the Member States must follow the action program, the principles and to complete this within two years. It must according to the EU Act be prohibited for any Member States, to establish the occurrence of stray animals in the community - "the management of stray dogs and cats".

While the EU is considering to amend the Treaties, million of dogs and cats suffer in Member States. 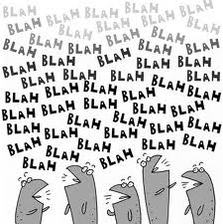 Despite thousands of letters, petitions and other evidence which citizens lavish the politicians in Brussels concerning the unbelievable atrocities that take place in the Union - the EU still considering companion animal welfare legislation at EU level.

Companion animal  legislation is very variable in extent and requirements across the EU Member States. Considering the variable legislation and especially its enforcement, the range of welfare issues,  and the number of companion animals in the EU, introducing companion animal welfare legislation at EU level should be considered. This would achieve a more harmonised approach to higher welfare standards.
﻿We, the citizens of EU Member States who care about ALL companion animals would like to ask, dear EU decision makers - when do you think it is time to act? After 40 million stray animals have been inhumanely killed in the streets or public shelters, and 80 million new animals have been reproduced to the streets facing the same horrible fate as people continue abandoning them? How long will EU politicians continue to sit back and do nothing? EU would have the power to make a change and stop these atrocities occurring, if EU only had the will!﻿ 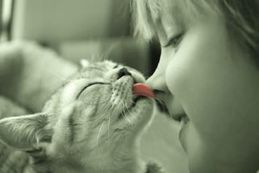 Education, information and legislation about animal welfare varies greatly between Member States. In Western Europe there is generally a strong animal welfare culture and animal protection laws largely respected by the citizens.

Eastern and southern Europe still has a culture of stray animals "the management of stray dogs", thus the abundance of these animals also often treated as vermin and a nuisance to the community.

Atrocities towards abandoned and unwanted animals is a daily occurrence and it involves thousands of situations and many times this is witnessed by children and affects children both detrimental and traumatically - here is also a concern for children who are routinely exposed to animal cruelty and are forced to accept the inherent violence as normal. The routine exposure of the children to unfettered animal abuse and neglect is a major contributing factor in their later manifestation of social deviance and inherit the wrong idea about how animals shall be treated and that animals have needs and feelings. Children usually take after their parents both good and bad habits.

Animal protection laws is often low priority in eastern and southern Europe and are rarely followed. Citizens who witness animal cruelty and reporting on this to the police or authorities seldom heeded, which leads to apathy among the population. People feel a hopelessness and frustration, not to be heard.

Citizens who live in countries with many stray animals, also report on mental illness and sleep disorders, because of the atrocities they daily witness and the lack of response from the authorities and society to curb these atrocities

The importance of having the same educational programs for animal welfare in Europe's schools, is that the children get an associated understanding between the states. Unfortunately, there are too many testimonies of children and adolescents, especially in Eastern and Southern Europe, which is performing extremely cruel animal torture and many times it is the abandoned companion animals that are exposed - as these are often regarded as vermin and it is considered legally to be cruel and torture and kill dogs and cats in a most cruel manner.

The bad attitude towards animals both by adults and children must stop - and in accordance with EU guidelines, that animals are sentient beings - this is best done by giving the children education in schools about animal welfare - and that this must be a statutory European education for all classes and schools in European Union.

The consensus that has clearly emerged is around the necessity of:
It is also clear that identification and registration of companion animals is a basic tool to protect public health and consumer rights but also to control the abandonment of animals.
We should not underestimate the role of pets in improving the health of the citizens. Pets can play a key role in reinforcing the people resistance to diseases and to improve the physical activity of owners, and this is scientifically documented, so we can finally say that pets are also good for public health. 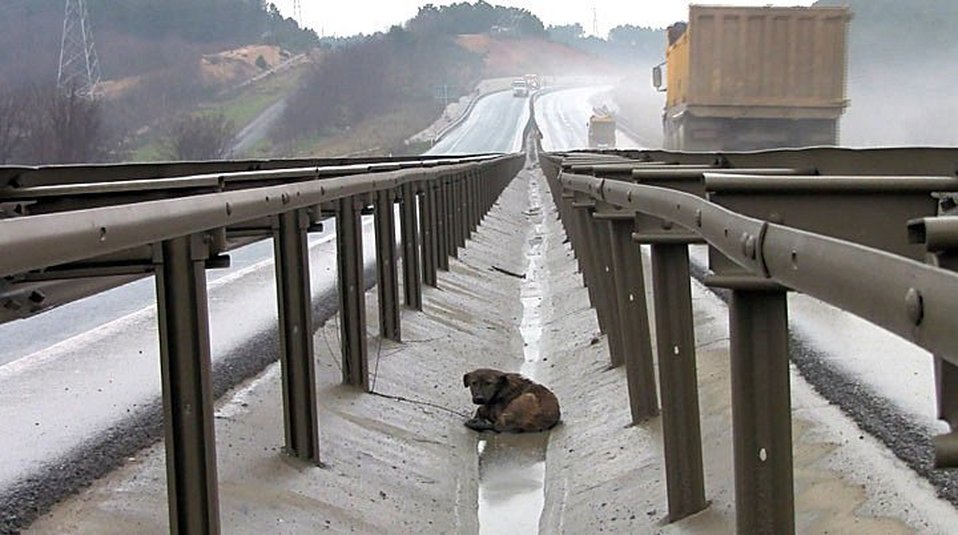 Many dogs and cats are hit by cars and motorcycles, all do not die immediately but is paralyzed by the damage to the spine. The injured animal can not move and is forced to stay in the roadside and suffer a slow death.


European Union Strategy for the Protection and Welfare of Animals 2012-2015
Animal welfare is part of a socially oriented agricultural approach and the Union has already established strong links between agriculture and animal welfare. Indeed,  most of the EU budget dedicated to animal welfare goes to farmers in the framework of rural development programmes. However, in particular in time of economic restrictions more coordination to streamline actions and optimise results is needed. 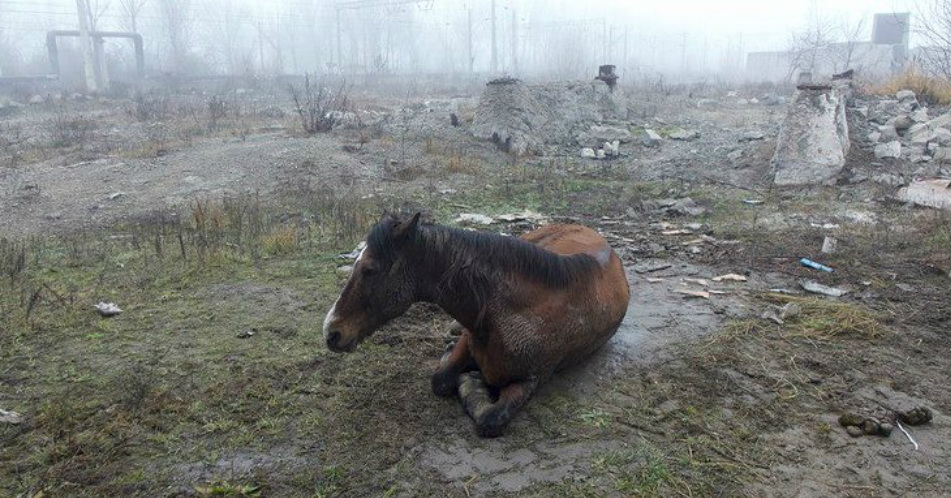 Romania has about 2-3 millions abandoned dogs - the Romanian government has decided to catch and kill all stray dogs in Romania which means cruel and torturous catching and killing methods. This demonstrates a government that does not dare to enact laws to its citizens, which is the root of the problem, but rather choose to try to exterminate the unneutered dogs - a short-term solution because citizens without targeted laws, will continue to allow dogs to mate uncontrollably and new dogs will therefore be abandoned and born to abandonment. In Romania horses also are regularly abandoned to starve to death when they become sick, old or too malnourished to be able to perform their chores. Many horses are whipped until they fall down on the ground, when they can not manage to pull the heavy load. The animals are used until they die and then replaced by other wretches. Horses are often beaten to death in the street by angry owners - they're just useless tools according to some owner's point of view.
Powered by