Made in the EU 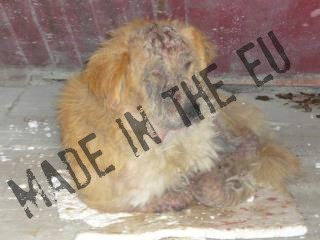 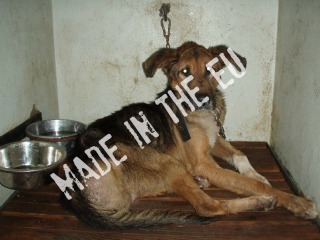 All dogs that exist in Europe today are domesticated animals and therefore dependent on human care - All abandoned companion animals is still a domesticated animal, even if they have no owner - a dog or a cat does not change their needs just because man have put them in a helpless state.

To abandon an animal that is totally dependent on human care, are among the most cruel a man can do and should give substantial penalties in ALL EU member states.

According to experts, it would take at least 48 generations without human interference, in order to an abandoned dog's offspring, shall be considered as wild and thus be able to hunt and fend for itself. 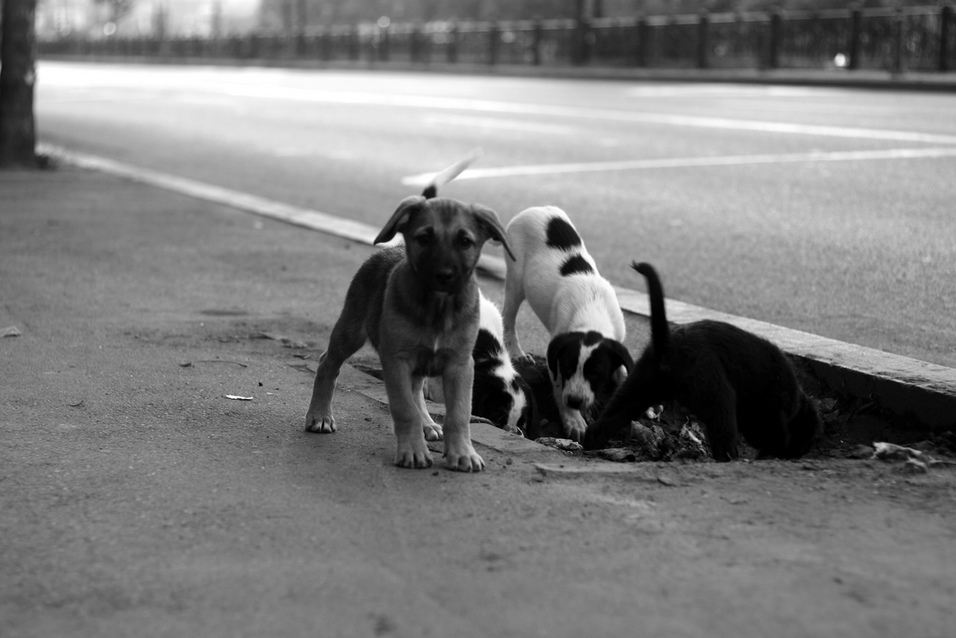 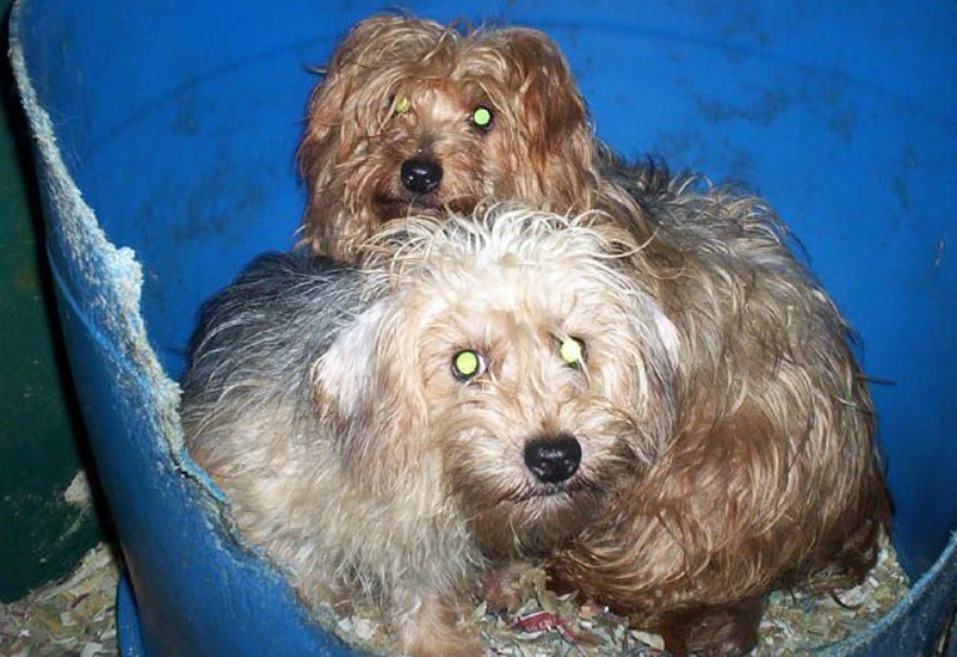 In Wales (UK), it is still legal to breed dogs on a large scale, so-called puppy farms. Authorised and unauthorized puppy farms and backyard breeders are a major problem, especially in Eastern Europe where the puppies are transported long distances across Europe and many times are puppies and dogs sold on the street to the uninformed citizens who by their actions are fueling this cruel trade. These large producers of puppies fueling the problem of stray and abandoned dogs in Europe and should be totally banned. Control and license for breeding of companion animals should be a given in the European Union - and here, the Kennel Club in Europe have a great responsibility and work to do.

The majority of the puppies are sold through ads and pet stores, but we have also heard stories where the puppy breeder fails to sell all the puppies in the traditional manner, and therefore sold puppies and dogs to bargain price to NGOs enclosure (in this story) in southern Europe, where they been "transformed" into stray dogs and sold at a higher price as abandoned and homeless puppies to unsuspecting people. We have also seen photographic evidence of puppies thrown out of car windows in such a way that one can fear that it is about the puppy trade. Many puppies will not survive the cruel conditions of the frivolous breeders. Many pups also die during the long journeys through Europe - and many pups are killed probably by the breeder himself - the unsaleable puppies that become sick or injured.

In many European countries, especially in western Europe, it is forbidden (criminal offense) to sell cats and dogs in a pet store, and citizens can only buy the animals by controlled and authorized breeders. This procedure should be implemented throughout the EU region so that demand and supply of cats and dogs are synchronized and in this way improve the status of the companion animals and curb that the citizens abandon their animals. It should also impose a prohibition to sell companion animals through internet ads and magazines - permission to sell and buy companion animals should be strongly regulated across the EU and managed by the Kennel Clubs or similar in Europe.

Because of the vast number of abandoned cats and dogs suffering in Europe, we also welcome a common European cat and dog tax, which means that the owner pays annually a lower fee to the state/EU and in this way, registering and microchipping the cat or dog automatically to a central register in the EU, and also given the opportunity to free neutering of the animals - all performed by an approved veterinarian. All cats and dogs within the EU must be legally registered in order to prevent future atrocities, which we EU citizens can witness daily in Europe - in this very moment. 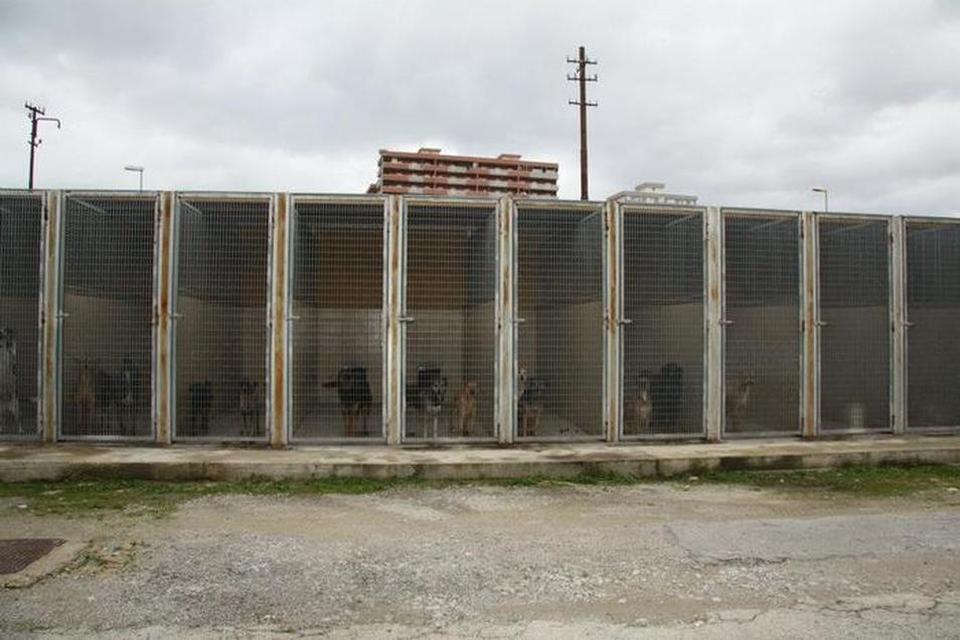 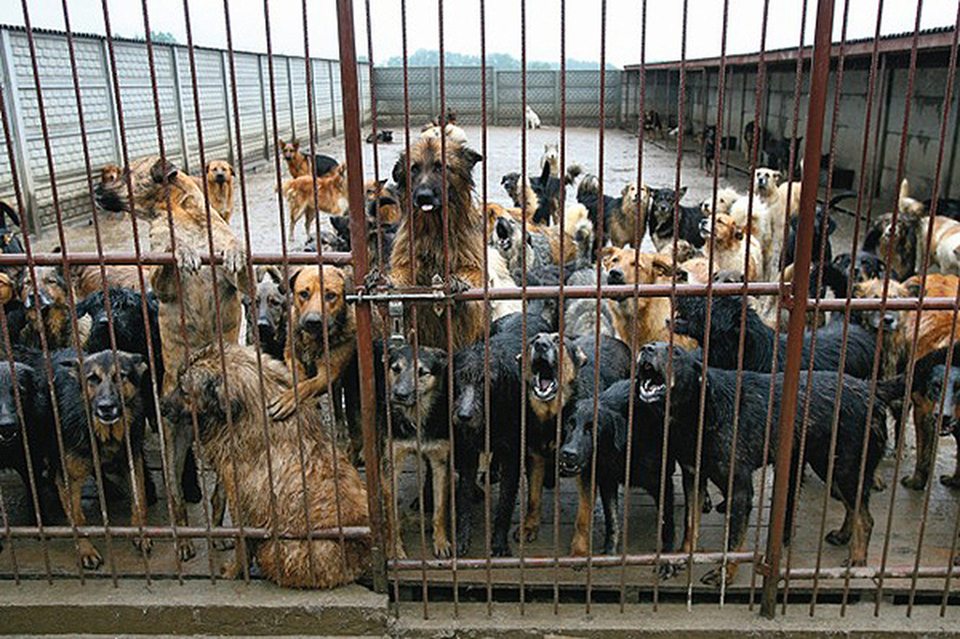 A Polish municipal enclosure 2014, that houses over 3,000 abandoned dogs - the poor dogs live in these cold and harsh conditions - day and night, all year round. The staff uses long horse whips to punish troublesome dogs. 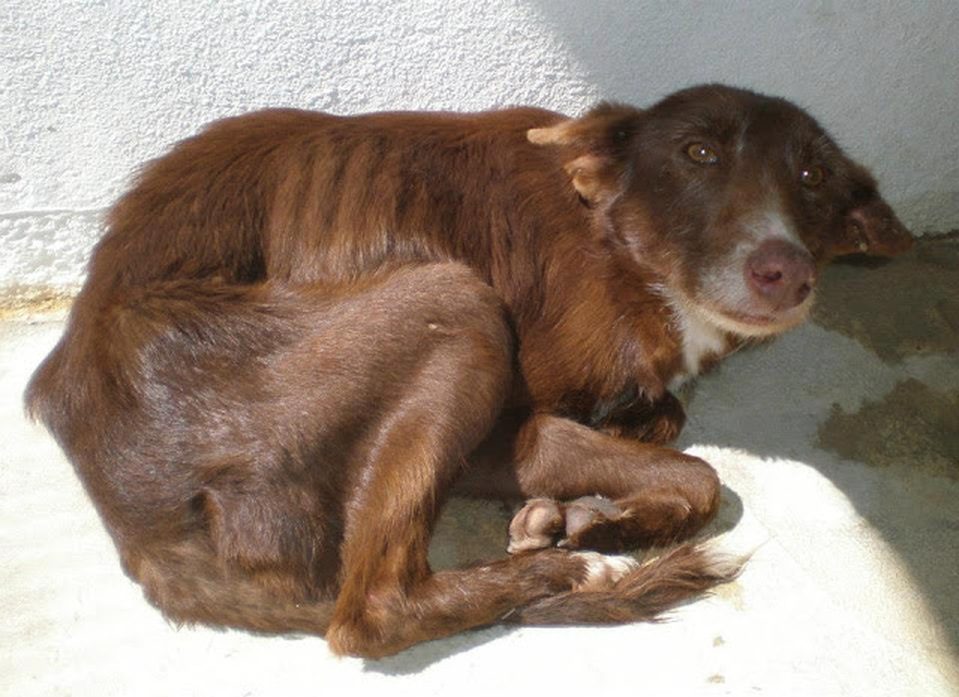 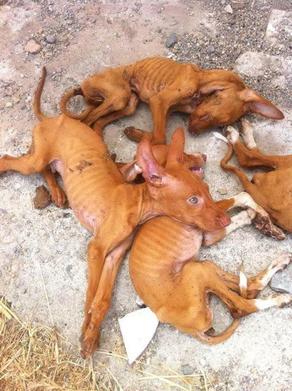 Hunting dogs in particular Spain, Portugal and southern Europe live terrible lives. Being born into a hunting breed in those countries means a lifetime of suffering. The dogs are bred solely as a tool for hunting. The dogs are seen as expendable and given no care or compassion. Those who do not meet the owner's desire, dogs that are troublesome, hunting poorly or get sick or old - are killed in different ways - beaten to death, are hunged, thrown into wells, drawn after cars or abandoned - to name a few common ways the dogs quit their lives.

Between the hunting seasons, the hunting dogs usually live trapped in groups in small dark sheds or a cave far away from tourists' prying eyes. The dogs mating usually uncontrollably during the confined period and inbreeding is common. Other hunting dogs are chained in short chains at the farm or in a shed in rural areas and are barely remembered by the owner, many of the dogs are starving and dehydrate to death. The hunting dogs are by old tradition and superstition, given food only a few times a week to be on the verge of starvation, because the hunters believe that the dogs hunt better when they are starved. 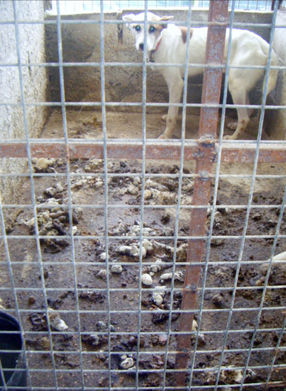 Since the dogs are constantly underweight and malnourished get the dogs sores and eczema on their bodies because the place which they are held is usually bare ground or cement that never gets cleaned - this cruel place are the puppies birthplace. The dogs are forced to eat, sleep, and play on a bed of poop and pee - a clean floor in such a shed indicates that dogs are starving and do not get water - not because the owner has cleaned the shed.

Hunters in Spain is traditionally called "Galgueros", and the hunting dogs are considered as their possessions which they have the exclusive right to treat as they want. Animal protection laws do not work in Spain and laws can vary between the 17 autonomous regions, and violations of animal welfare law is not a criminal offense in Spain - in addition exists a variety of traditional and religious cruelty to animals, like Bullfighting that are cheered on by the Spanish politicians and part of its citizens - as these traditions considered to work to attract tourists and money to Spain and also as entertainment to the citizens. Moreover perform Spaniards themselves indigenous so-called Blood sports where they chasing bulls which they then kill with spears. 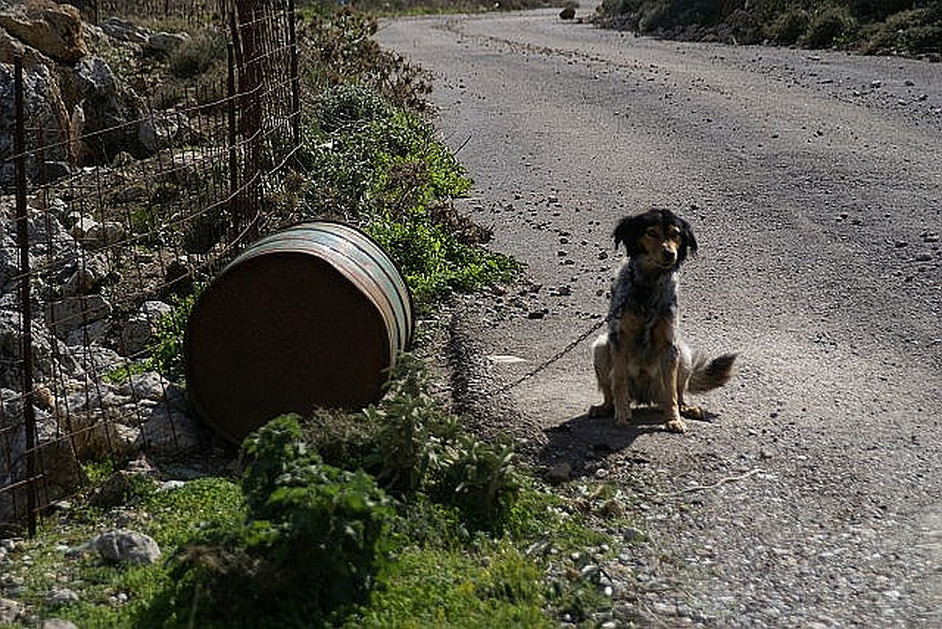 There is a phenomenon in Greece simply called "the Barrel dogs". It is dogs that are chained to metal barrels or rickety wooden shed for only protection from the weather and the scorching sun in summer. The barrels provide some shade, but works like baking ovens when the sun burns on the metal. Many of the dogs dies a painful death from heat stroke in the summer. Tourists and visitors at Crete testify that dogs at 40-degree summer heat has been without water and food for days. The average age for the dogs are under two years.

So why chain people deliberately dogs in this cruel manner in especially Crete? The answer is that these cruel acts are committed by lazy people. The dogs only exists to serve as "scare crows"

The dogs job is to bark at goats, sheep and cattle to keep the animals on the right track between pastures and when to be milked. The dogs serve as stationed herding dogs on specific sites so that the farmers themselves will not have to chasing around the dairy animals. The dogs live short and painful life only because there are lazy and heartless people. To treat the dogs in this cruel manner is prohibited by law in Greece, but the authorities inform the public poorly and rarely follows up animal protection laws. 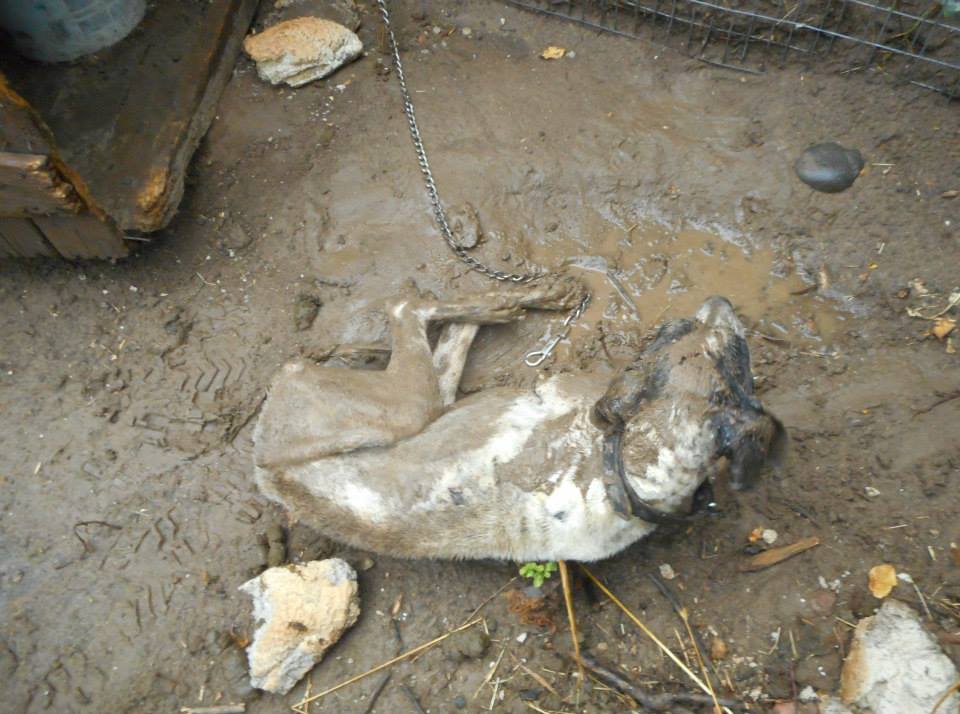 It is not just the "Barrel dogs" that are chained alone outdoors year round - many dogs around the world and in Europe live tedious lives apart from the family that the dog sees as his flock. Being forced to be separated from a pack is psychological torture, and the dog feel the separation as a constant exclusion and punishment - meet someone, being left - meet someone, being left .... over and over again. The domestic dog has a predisposition to exhibit a social intelligence that is uncommon in the animal world.

In many Western European countries it is forbidden by law (limitation on movements) to tie cats or dogs in ropes, chains and the like, both indoors and outdoors. However, this is all too common in eastern and southern Europe, where the dog often acts as door bells and warning alarms when people approaching farms and houses. Many hunting dogs are also forced to live, in this monotonous way.

Even too many "regular" dog owner chain, by old custom, their companion dog in the garden by a doghouse, which can vary in quality. That this cruel treatment are still legally allowed to exist in a modern society is a mystery, especially when there are so many scientific evidence of how the dog perceives human beings and the social interaction with mankind.

Humans have an exceptionally odd tendency to change an animal's needs to fit into a person's everyday life - which often means that the cat or dog in too many ways are forced to change and limit their natural behavior and needs, which can be considered as animal cruelty. 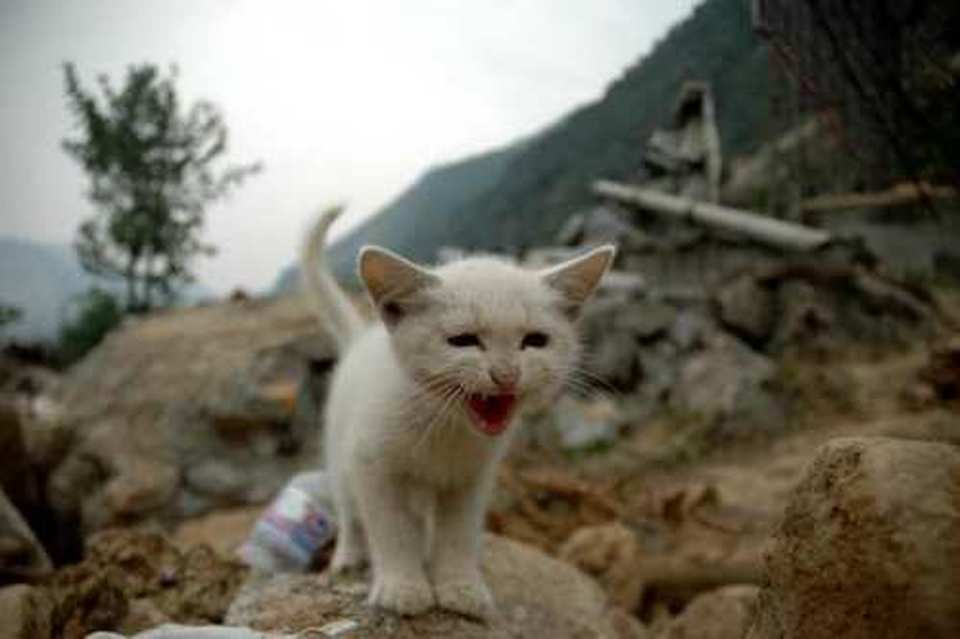 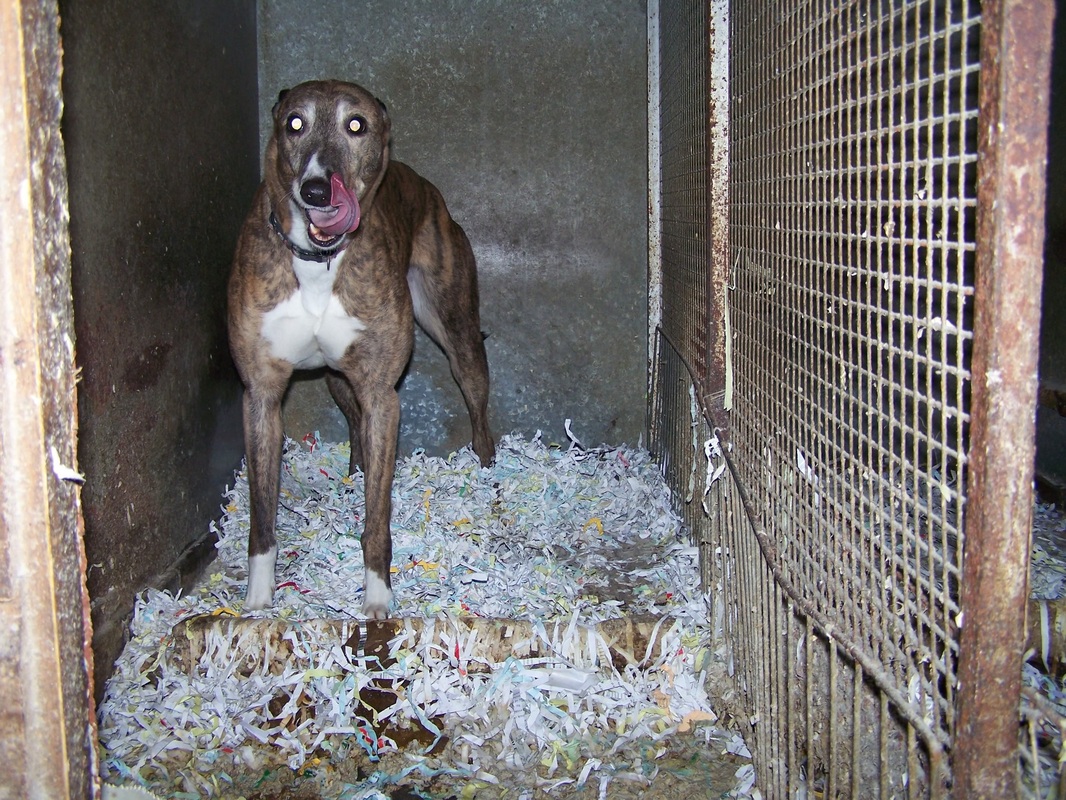 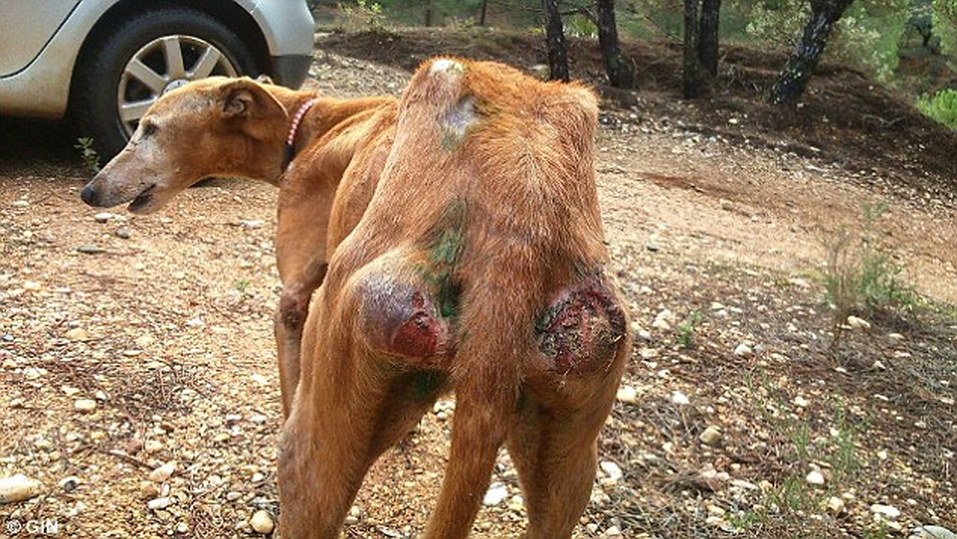 Greyhound racing is a sport that is still going on around Europe, but has slowed down in Western Europe - though continuing grim testimony spread both through news and social media, about the dogs agonizing life both in the UK, Ireland, Spain and other European countries.

As in many other sports, where animals are forced to take part, it is only animals that brings prize money that are interesting, the rest is seen as a burden. Do not think for a second that the dogs live stardom with the owners or trainers - the dogs are only tools, to the betting industry, and are alive only to pull in as much money as possible to the owners.

In southern Europe it is common to train the dogs by attaching the leash to a car as the dogs are forced run alongside or behind. To train a dog in this way is totally banned in many Western European countries. The ﻿Spaniards﻿ also use this type of dogs (Galgos) for rabbit hunting.

The racing dogs usually live alone in boxes and leave the box only those times when they will be trained on monotonous training tracks - or compete. They are lonely running machines that are rarely given affection.

For those dogs who are injured, or otherwise is unable to compete anymore, and thus stop giving prize money, the life usually ends brutally. Tens of thousands of racing dogs are killed each year in this dog sports industry - and many are beaten to death, drowned, poisoned or killed in other macabre ways - this happen in almost all countries involved in this sport. Some dogs live on, as breeding machines - a life that usually means a monotonous life in captivity.

Recently witnessed on film, how several trainers in Australia using live small animals as bait in the training of dogs. The small animals - rabbits, piglets and possum, were tied and forced to rotate rapidly around the track before they died of shock or was mutilated by the dogs.
Bulgaria and Romania ..... 2007
Dogfight .....
Powered by